We all have those random milestones in our work and I reached one today. In 1978 after 6 years of the most chaotic film numbering and filing system, I decided it was time to bring order to it all and said from this roll on, it would be a straight numeric system. So on that day in 1978 I developed roll #1 and so on. Today, some 39 years later I developed negative page #10,000, its a portrait of I did of my friend Katie at my Tyson studio with my 5x7 camera in August. Its taken me this long to get around to processing the 60+ sheets of 5x7 from the summers work. 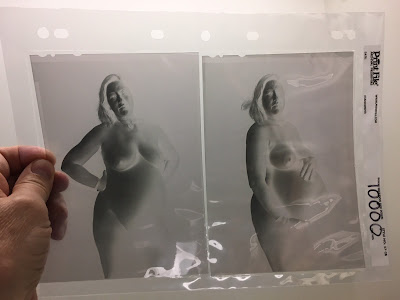 It's just another sheet of film, but it is one of those marks along your career path you don't think so much about when you start. If you do the math, it works out to about 5 rolls of film shot every week for 39 years, and that does not count the 500,000+ individual digital files either. The numbering system for the digital files, well thats another matter.


Posted by Stan Strembicki at 1:45 PM No comments:

Tyson studio in shut down mode 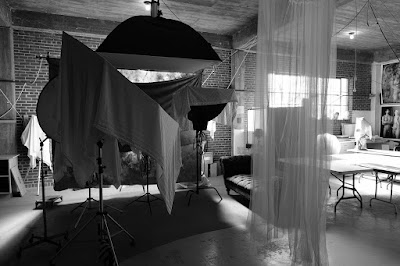 Yes, its for real, inside temperature at the Tyson studio was 52° today and its just not reasonable to run the heaters any more. Shut the place down for the winter months, covered the soft boxes and unplugged the strobes and rolled up the backdrops to prevent the mice from making a mess of them. I'll miss the studio!
Posted by Stan Strembicki at 12:20 PM No comments:

Only 98 days until Fat Tuesday! 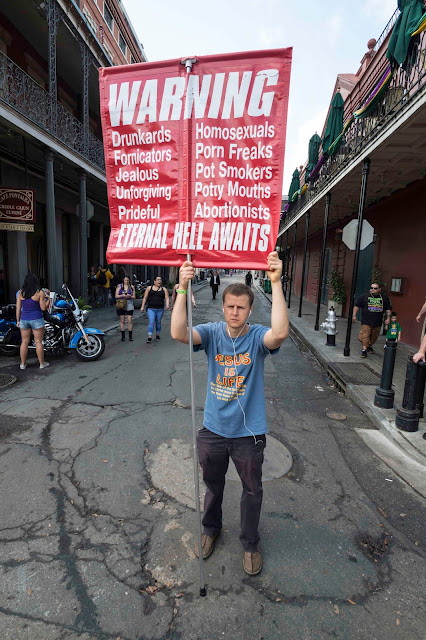 Already thinking about Mardi Gras 2018. Too soon? This will be Mardi Gras #27 for me, I started in 1990 and only missed one year (the year I went to Italy to photograph it there). This upcoming year Aimee and I have vowed to re-think how we photograph this event.
Posted by Stan Strembicki at 10:33 AM No comments:

New Printer for the Digital Den 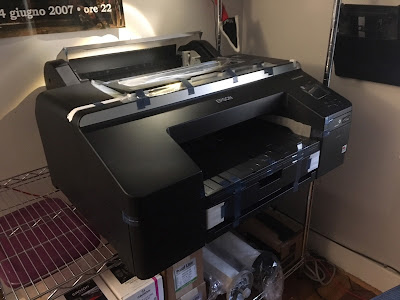 I replaced my older Epson 4900 after three years of service. It was starting to show its age and was requiring more and more TLC to keep it happy. The new P-5000 Epson, which I purchased from Jim Doyle at Shades of Paper, is an improvement. First is the noise, its a quieter printer although still not wake a sleeping baby quiet. The biggest difference I am seeing is that as suggested by Jim, the blacks are noticeably richer with a stronger D-MAX. On the negative side, the menu has changed just enough to make you pay attention and relearn the new selections and menu on the printer.
Still, when you think of it, this $1700 printer (less the $300 Epson rebate) will last me 3-4 years at best before a replacement is needed. In 1978, after settling in after graduate school, I purchased a Beseler 45MX enlarger for a little less than that and its still in service at the WU darkrooms. Just saying.
Posted by Stan Strembicki at 6:26 AM No comments:

More sites and blogs about my work